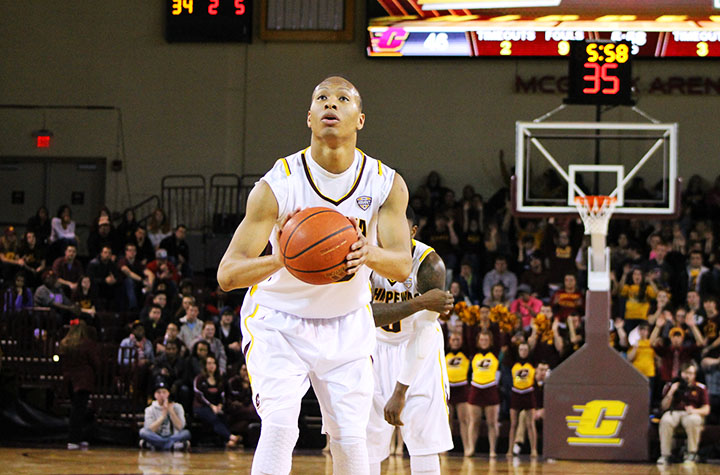 Sophomore guard Austin Stewart ended the game with 15 points and seven rebounds on five of seven shooting from the field, including four of eight from the free throw line.

“Really, I was just playing hard,” Stewart said. “I just wanted to give my team everything and my fans everything I had.”

Coach Keno Davis said he has seen improvement in Stewart as the sophomore went from a player who wasn’t playing much to having a starring role.

“He can be on the court as a guard (or) as a center,” Davis said. “He just has to be out there because he make things happen and he’s continuing to improve. He’s just learning how to play, so I think that he is one of those guys. As you look at the future, I wouldn’t be surprised to see him step up into (a more) prevalent role.”

Davis was ejected from the game during the second half after a charge call was announced against Stewart.

“As a coach, I’ve got to have their back,” Davis said. “When I think they’re working as hard as they can I’ve got to be able to stand up and do everything I can whether it’s coaching or feeling like we’re not being able to get a fair shake.”

Stewart said he appreciated seeing Davis stand up for the team and knows the team will get better in time.

Central Michigan will return to McGuirk Arena Saturday, Jan. 25 when facing off against Akron.