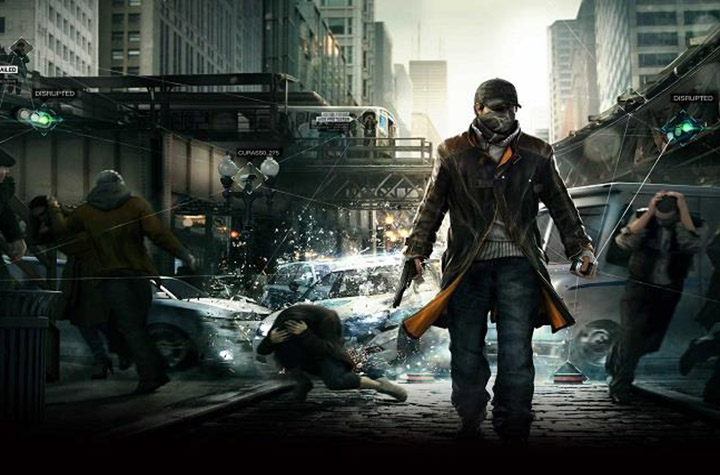 In a digital age where everything and everyone is connected, information is power. In the right hands, it is also a very dangerous weapon.

After four years of development, Ubisoft’s ambitious cyber-punk action game “Watch Dogs” will be out sometime this spring. Since its announcement at E3 2012, it’s been one of the most anticipated new IPs in the industry.

Though an official release date has not been confirmed by Ubisoft, the latest issue of Official Xbox Magazine claims “Watch Dogs” will hit shelves in March.

Watch Dogs explores a future Chicago where all of the city’s technology has been linked into a single network. The Central Operating System (CtOS) is used by the powerful to oppress and control the populace.

You play as Aiden Pearce, a revenge-driven vigilante who can use the CtOS to hack into electronic devices throughout the city, and is able to manipulate the environment around him in many different ways. All electronics — from traffic lights and ATMs to fuse boxes and cell phones — are under your control, giving you countless ways to approach problems. You can also access personal data on anyone you see.

In a video interview with gaming site Console Creatures, “Watch Dogs” Senior Producer Dominic Guay said the future portrayed in the game may not be as far away as we think.

“There are cities right now that are networking all of their systems,” Guay said. “In Chicago, there (are) over 10,000 security cameras pointed at the population. We live in that world now.”

Aside from Aiden’s smartphone, you will also be armed with a pistol and a tactical baton. The game is built to work with different play styles, so you can use any combination of stealth, hacking, and direct combat to complete missions.

One feature that looks particularly useful is the ability to take control of CCTV cameras and webcams in order to see and hack objects from their viewpoint. Aiden can use this to survey an area from a safe distance and gain the upper hand in combat.

With themes of digital connectivity and the in-game smartphone, it only makes sense to incorporate mobile apps into the “Watch Dogs” experience. The player will be able to download a free companion app and use it to interact with the game world through a smartphone.

A seamless multiplayer option allows you to go online and join another player’s game. The other player won’t know that you’re there and you will appear as a non-player character to them. The goal of multiplayer is to hack the competition’s network and download their data.

The opponent is alerted when you try to hack them and the download takes time, so you have to lay low and stay in close proximity to the target to succeed. It’s up to the other player to search the area and profile people on the street to figure out where you are. The enemy can then prevent the hack by killing or chasing you away.

“Watch Dogs” was originally announced for release on Xbox 360, PS3, and PC, but the game will now be on PS4 and Xbox One as well.

The difference between the current-gen and next-gen editions of the game will be entirely cosmetic with no major changes to gameplay, Creative Director Jonathan Morin said in an interview with Zero1Gaming.com. The team chose to create and refine one experience rather than developing two different versions of the game.