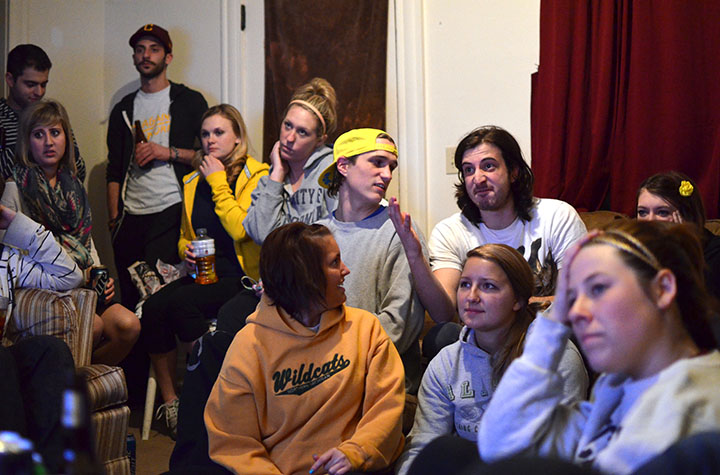 Junior Blake Hansen looks forward to the start of March Madness every year.

“It’s the best tournament in sports,” Hansen said. “So many crazy things happen.”

Hansen’s said his bracket was busted after Florida, Connecticut, Wisconsin, and Kentucky advanced to the Final Four.

“I predicted Louisville, Florida, Michigan State and Oklahoma State,” Hansen said. “I only got one of the teams right, but that’s what makes March Madness so fun to watch. Any team has a shot.”

Hansen said he was not thrilled with the outcome due to his dislike of Florida, Kentucky, and UConn. However, he has an idea of what team may win and which one he will be cheering on.

“I think Florida will win because they have the most experienced and complete team,” Hansen said. “I will be rooting for Wisconsin, however because they are a Big 10 school.”

Junior Chris Headley said he was shocked by how this year’s Final Four panned out. He said he is rooting for Kentucky, since the freshmen-led team is an eight seed and played in arguably the toughest region.

“I am impressed by them,” Headley said. “They’ve seemed to turn the corner since a couple of months ago realizing their potential.”

Each year March Madness is full of upsets and surprises. Hansen said he was surprised most about UConn getting into the Final Four.

“UConn (surprised me) because no one talked about them before the tournament,” Hansen said. “While they do have an excellent point guard, I did not expect the rest of their team to play just as well.”

March Madness continues to be a favorite among college basketball fans across the nation. Although fans can accurately predict winners, the NCAA tournament reminds people to expect the unexpected.