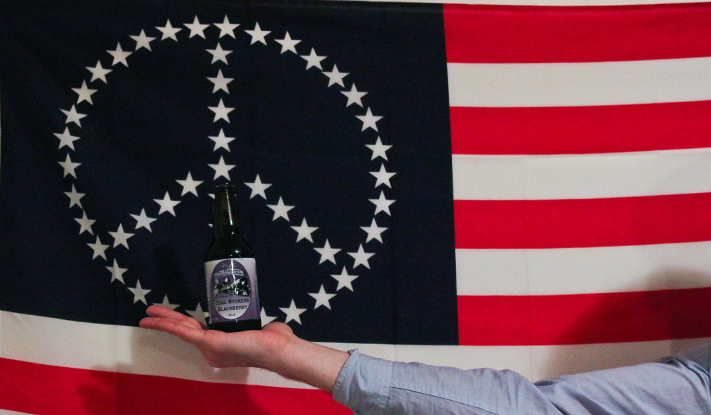 I have a friend who tells me if he drinks more than a few Bud Light Limes he’ll vomit and have a crappy end to his night. I’ve heard the same thing about Leinenkugel’s Summer Shandy, which might as well be sold at a lemonade stand. So it goes with fruity beers.

This week’s brew, by Mt. Pleasant Brewing Co., is just that. It’s made in our own backyard, the blackberries doubtless picked from the bushes speckled all along our mountain town’s luscious foothills.

I can hardly think of two things more opposite than a coal stoker and a blackberry. A blackberry is wild. It grows in the woods, by birds and trees and fresh air. A coal stoker is industrial and filthy, made to devour the woods. Put those two together in a beer, and the first thing that comes to mind is the product belongs in a cauldron. Actually, it’s not bad. The flavors are sometimes muddy, and another taster said when she drank it seemed like she was licking the bottle. Such a result, I think, is the risk inherent in blending such dark flavors.

But I appreciate the spin. It’s not a lemon or a lime or an orange. Those are easy and ubiquitous. Blackberry is something seldom seen in beer; coal is even less common. When the flavors come through and distinguish themselves, it’s satisfying.

To be fair, Coal Stokers is not nearly as sugary as the other fruity beers I’ve tasted but still, the common denominator of all fruity beers is fruit. And more often than not, sugar is the culprit. The proverb is true: It tastes worse coming back up.