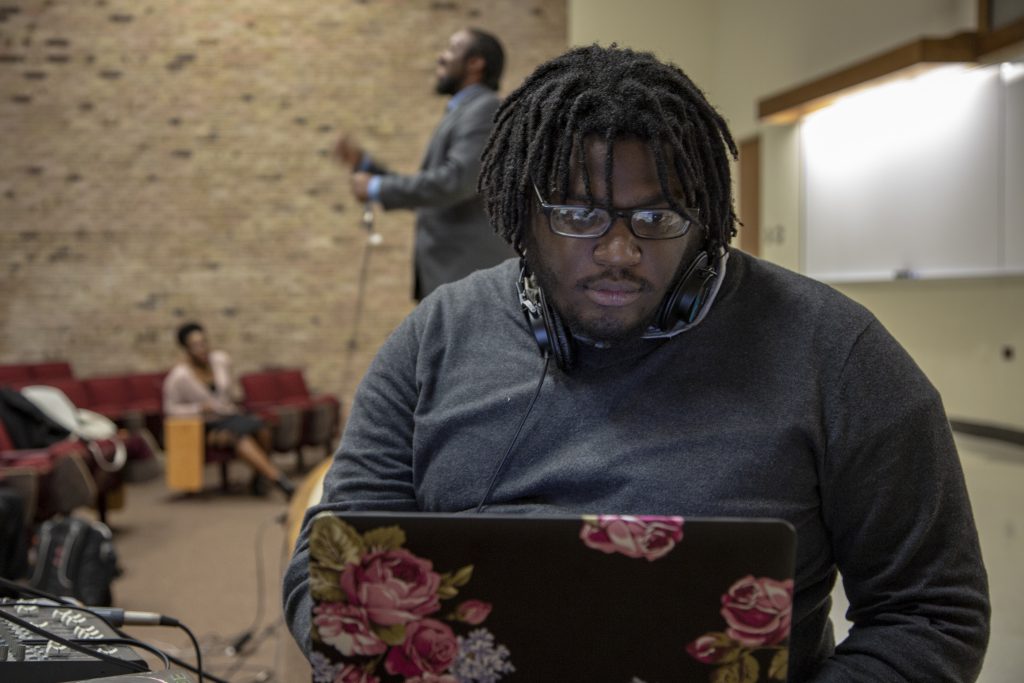 On Sunday, April 15, the Justus League organization hosted the very first Hip-Hop Awards in Pearce hall at Central Michigan University. The awards were given through popularity votes. Each category had two levels to vote through: preliminaries and final results. All nominees received a certificate for their work while the winner received a trophy, as well. The awards had a variety of categories from Album of the Year, Project of the Year, Track of the Year, Producer of the year and Faculty of the Year.

New Haven junior Taraj Livesay is the event coordinator and advertising head for the organization. He said the year has been productive for the hip-hop community.

“For hip-hop, it’s been really good. We’ve gotten a lot of diversity and new artists have come in,” he said. “It’s akin to population to a new city. Just out of nowhere, it’s jumping. It’s great. Out of nowhere we have a lot of people doing things, new producers, new sound.”

Livesay said there’s a disconnect on artistry and that they hope to connect artists throughout the campus.

“A lot of old sound is graduating and we have new sound so we have a unique soundscape,” he said. “But we’re very separated, so the next few years will be spent to try to connect everybody.”

Livesay said the event took two months to put together. He said they hope to craft more music and projects with other artists. Livesay hopes to release his first album next year.

Livesay was nominated for Track of the Year as well as Project of the Year. He can be heard on soundcloud with his newest EP, “Bright.”