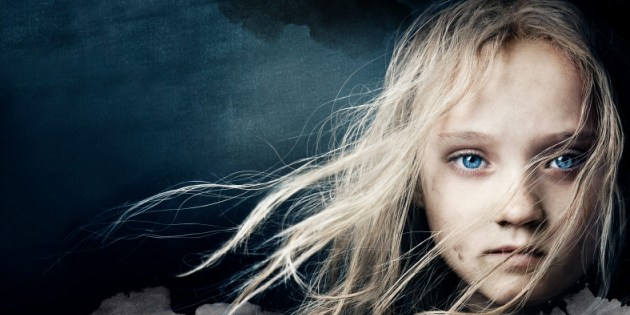 “Les Miserables” roared into theaters to much anticipation on Christmas. The big name stars including Helena Bonham Carter, Russel Crowe, Anne Hathaway, Hugh Jackman and Amanda Seyfried had the unique task of adapting characters of not only a classic novel, but the third longest running Broadway musical to cinema.

To add to the challenge, “Les Miserables” has several characteristics that would traditionally flop with a general audience: the storyline is depressing, romance is not the centerpiece, violence is not the centerpiece and the story is more character-driven than American audiences are used to. Not to mention, the movie is long (157 minutes) and gloomy in contrast to its Christmas premiere date. Despite the challenges, “Les Miserables” successfully captures the magic and charm the stage adaption has become famous for.

Director Tom Hopper (“The King’s Speech”) made a few key decisions to make this adaption successful. The choice to have the actors do live-singing was essential because the vast majority of the interactions between characters through song. If the vocalization was prerecorded it would have caused the characters to be presented falsely, making the overall film experience uncomfortable. Live-singing allows the major solos such as “I Dreamed a Dream” and “Stars” to have the same effect on audiences on the screen as they do on stage.

Another decision that made the adaption easier, was allowing the actors to choose their singing tone, allowing characters to completely dissolve themselves in their roles and makes the film more believable. However, some of the actors tone choices might turn some fans of the musical off. For example, Jackman chooses a soft and poetic tone for his numbers, despite the fact that his character (Valjean Jean) is traditionally powerful and potent. Whether or not this decision helped or hurt the movie is based on individual preferences. For veteran “Les Miserables” fans, this interpretation provides a unique experience.

“Les Miserables” has mostly positive reviews and is already receiving Oscar-buzz. The majority of the actors portray their characters brilliantly and sincerely. Particularly Crowe as Javert was impressive. Javert is difficult to represent because he is unlikeable, but not evil. He is misguided and commits many injustices, yet has a conscience. Crowe manages to show the many sides of Javert without favoritism or prejudice to any particular aspect. “Les Miserables” deserves its recognition however, it has a few flaws.

The biggest imperfection the film displays is committed by Eddie Redmayne playing the character Marius. Marius is superficial and relatively simple compared to the work’s other complex and dynamic characters such as Valjean Jean. Redmayne’s performances are medicore and disappointing. His emotion during his solo falls dangerously flat. His mannerism was comparable to someone who just learned their cat died, not to someone who just lost his friends to a short lived and bloody revolution. “Empty Chairs at Empty Tables” is a prime example of Redmayne’s poor execution.

Although not nearly the disappointment that Redmayne proves himself to be, the prologue was underwhelming and seemed rushed. The vigor and depth “Les Miserables” Broadway fans are used to seemed non-apparent in songs like “Look Down.” Although, the prologue left much to be desired, Anne Hathaway quickly captures audience’s hearts and likely Oscar nominations.

Despite the imperfections, the film adaptation of “Les Miserables” does the timeless story justice and provides a powerful emotional journey to audiences.  Longtime fans will be satisfied that only modest amount of changes were made from the Broadway work and newcomers will enjoy the experience and emotions the stage adaption provides with the familiarity of a movie theater.  “Les Miserables” will likely become a classic movie musical.