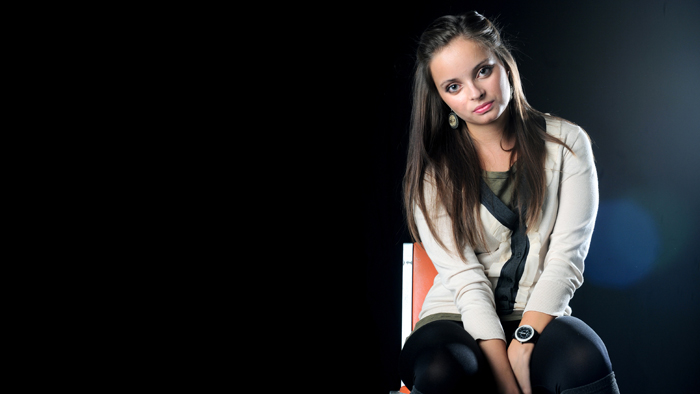 Mauro finds trend inspiration from designers like Alexander McQueen, Missioni, Thakoon and Valentino. Mauro said passion is the main reason why she looks for inspiration from these designers. She said she feels what they create is art and it is a privilege to wear their creations.

She went on to talk about how McQueen’s passion for his clothes, style and the fashion industry is the basis for why even after his death, he has been so successful.

Mauro described Thakoon’s designs as very wearable and down to earth. He hasn’t gotten caught up in the craziness of the industry and has remained true to his style, which Mauro believes is important because the fashion world can be tough. She went onto describe Valentino’s style as romantic

“He knows how to dress a woman’s body,” Mauro said.

Although like the majority of college students, Mauro can’t always afford her favorite designer’s clothes. She likes to shop at Nordstrom, H&M and Zara where she can find similar clothes without the expensive price tag.

This summer Mauro studied abroad in Italy and said it was very interesting to study fashion in Europe.  In Europe it is popular to dress modestly, and to show very little skin.

She now has a better knowledge of the different fashion markets which is important because they are so unlike the market in the United States.

Mauro’s personal style fit right in with the high class and relaxed style of Italian fashion. Mauro said no one wore sweatpants and t-shirts around in public which is very different from American culture. Everyone tried to look their best which is an important thing to do because it makes you feel better about yourself.

London fashion had Mauro’s favorite styles. She said everything there was very inspiring and everyone had a complete overall sense of their own personal style. It was fall in London when Mauro was there so the women wore nice pants, leather jackets and scarves.

White and red are two colors Mauro said are fabulous. The color white is crisp, clean, professional and put together. On the other hand, the color red makes a person feel feminine, classy and sexy like you’re the center of attention in any room.

Mauro expressed the importance of women not hiding their bodies. All shapes and sizes should be praised and celebrated. Confidence is key in the world of fashion to be comfortable to express ones personal style.

Mauro said there are a few essential clothing staples that every girl should have in their closet. Blazers because they look eloquent, but professional. Scarves because they make any outfit look chic. A pair of nude pumps because they can transition between work and play. A pair of dark skinny jeans, and something in your closet that makes you stand out either at an interview, at social event, or just in everyday life.

“Making it your own,” is a key phrase to remember when expressing your personal style and feeling confidence about what you’re wearing, Mauro said.

When asked about being the FAMD President, Mauro said how appreciative she was for the opportunity.

Mauro talked about how it ignites her passion to be around other people who are so passionate and enthusiastic about fashion. She hopes to make this year a special experience for everyone involved.

“I’m honored to be chosen to be the leader for such a talented group of people.” Mauro said. “I look forward to showing them what I can do.”