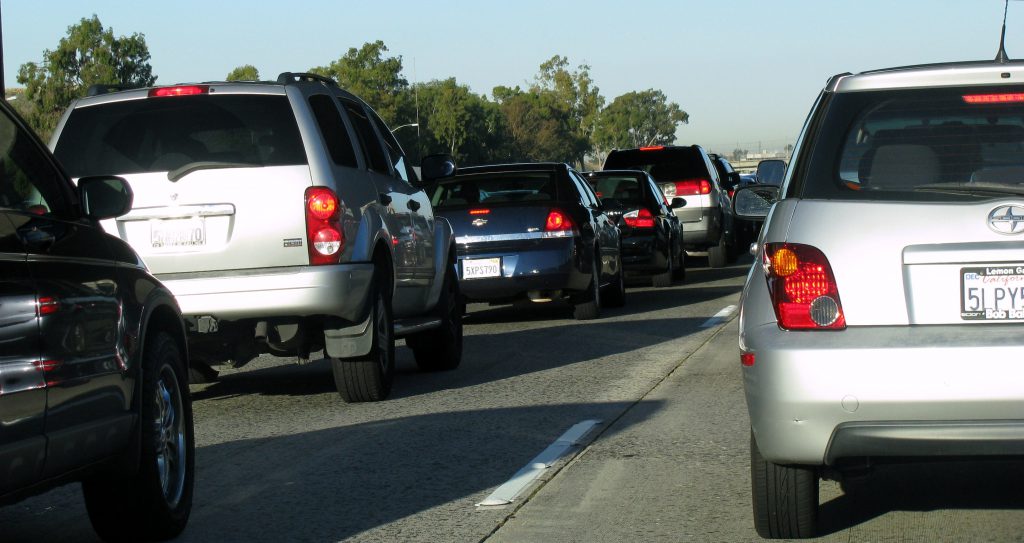 Walking around campus, you may find yourself stuck at a cross walk, waiting for the line of cars to pass, and wondering why there are so many drivers. With most students living on campus or scattered throughout town, it’s hard to imagine that students commute to Central Michigan University from cities beyond the borders of Mount Pleasant. They do, and we found out what it’s like to have to travel more than 10 minutes each day to get to class.

The Commuter Life
Senior Logan Beard is a commuter at CMU.

“I live in Ithaca, which is about 28 miles away and a 30 minute drive to campus. I drive to school for classes four days a week,” Beard said.

Junior Jenna Owens is from Midland, which is even farther away than Ithaca.

“My commute is a total of 40-minutes, and I commute Monday through Friday,” Owens said.

Weathering the Storm – Literally
The winter weather has a great effect on the drive to school, as well as the amount of traffic depending on where students commute from. It can be frustrating for commuters when they don’t call one of those coveted snow days.

“When I commute, I go to all my classes, so personally, it is worth the drive. I have morning classes and when we have delays until 11 am or later, I get rather annoyed. I refuse to miss class, but I have to drive a total of eighty minutes for a 50-minute class. It is rather upsetting,” Owens said.

Commuters could leave early, but that doesn’t always mean that they arrive to school on time.

“If the weather is bad and they do not call a snow day or even a delay, I have to leave 15 to 20 minutes earlier than I usually would, and sometimes I am still late to class because of the traffic and bad conditions. It can get very stressful,” Beard said.

Commuting Saves
It might be hard for some students to understand why people would want to commute rather than live on campus or right next to campus. Both Owens and Beard said that it saves money.

“I choose to be a commuter to save money by living at home and because I work in Alma, which is closer to Ithaca. I still get home-cooked meals and get to live closer to hometown friends. That’s the best part about commuting,” Beard said.

Commuting and Balancing Their Time
Commuting students have a variety of places to go with different activities while they have a break in between classes.

“Most days I go to [the] Biosciences building and do my homework. If I have a short gap between my classes, I sit in the hallway and do homework. I do not leave campus because I only know of one commuter parking lot, and my biggest fear is not being able to find a parking spot when I return. I am a new transfer, and I have no clue where anything is,” Owens said.

Although there are many ups to living at home and getting that college experience, there are also some disadvantages that commuters face.

“The drive four days a week gets old – gas money, living away from friends at school and having to make arrangements to stay somewhere if I want to go out in Mount Pleasant. Also, the 60 minutes of driving the days I have class takes away time I could be spending on school work or other hobbies,” Beard said.

Commute Wisely
Just like anything else, there are pros and cons to being a commuter. If you have become a commuter recently or are thinking about becoming one soon, the students have tips that could help you succeed.

“Get all of your schoolwork done ahead of time, make sure to always have plenty of quarters for the meters, and make sure to bring everything you need for the day with you because it’s not fun making an extra 30-minute drive back home because you forgot your phone charger,” Beard said.