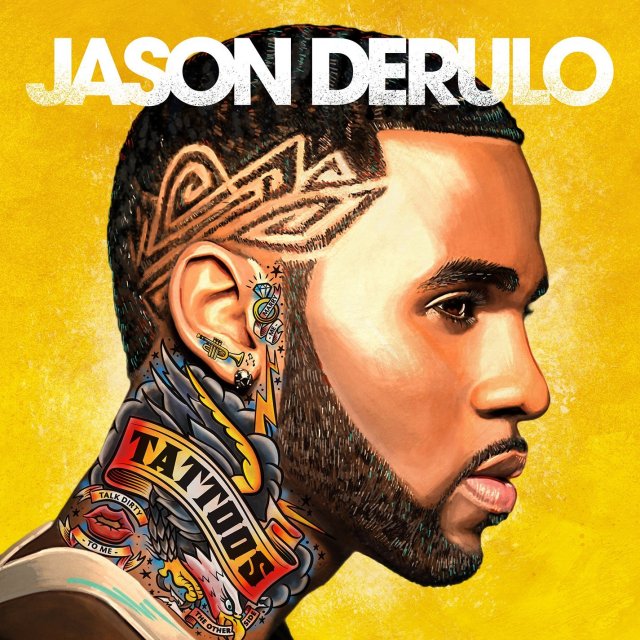 Jason Derulo, the famous singer of “Whatcha Say,” released his EP “Tattoos” on Sept. 24. This is the third album he has released.

The EP contains five songs — each with catchy melodies and very well-written lyrics — and it loses much of the repetitiveness found in his other releases.

The themes of the album though, are repetitive. The EP contains mostly love songs focusing on long-term relationships, marriage and sex.

This record has two guest artists, including 2 Chainz and Derulo’s girlfriend Jordin Sparks.

“The Other Side” was the single Derulo used to promote the release, and it has become a popular song. When the single was released in July, it landed at No. 18 on the Billboard Top 100. It is an upbeat love song about going to the next level and is very catchy and happy. There is a point near the end of the track where other voices join in and it adds further depth to the song. The music stops and Derulo drops the beat, guaranteeing the track popularity at dance clubs.

“Talk Dirty” goes into a whole different direction. It turns out to be very strong lyrically and musically, with an added emphasis on saxophone and horns. The horns bring a new and satisfying element to Derulo’s music.

This is also the track featuring 2 Chainz, and the rapping just deters from the greatness of the horns and the tempo. It could have just been taken out or a different rapper could have been used that flowed more with the beat of the song.

The best and most moving track on the EP is “Marry Me.” It is piano-driven, but it still continues the upbeat vibe found on the rest of the EP. It is obviously a love song, but the lyrics have a “cuter” feel than the other love songs on the album.

It is very obvious that this track has a lot of meaning to the artist, and that is really what makes this song great. It is all about Sparks, with the music video even showing Derulo proposing to her.

“Tattoo” is the weakest song on the album, but it has a decent beat and Derulo’s vocal range is excellent. He hits the high notes perfectly, and it really shows off his skills as a singer.

The last song on the track is “Vertigo” and this is the sexiest song on the entire EP. It features Sparks, and it may take a everyone by surprise. The lyrical content is very personal and sexual. It stands apart from the rest of the tracks due to it only using piano.

Derulo and Sparks have voices that complement each other, and it makes the song work. It is very slow paced and allows the two to show off their very vocal range. They should make more music together in the future.

The EP is very good and catchy, and it is a disappointment that it isn’t a full-length album. The rapping was something that could have been left out but in the end, this EP was great.

“Tattoos” is now available on iTunes.