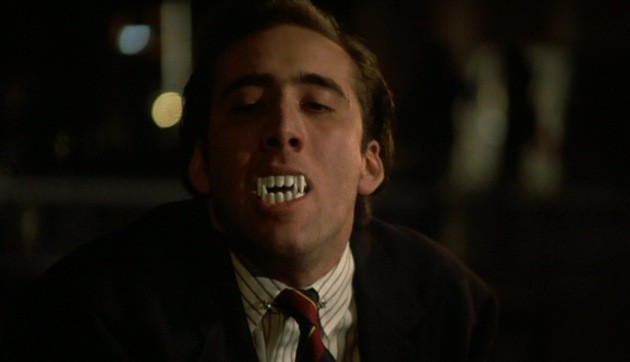 October has always been a favorite month for film enthusiasts and the reason is obvious: The season for horror movies has arrived. Granted, horror films can (and should) really be watched through the year, but the spirit of the genre is most alive in the weeks preceding Halloween. Of course, “horror” is really just a blanket term for anything that has been deemed scary, and there are so many various sub-genres that it’s nearly impossible to keep them all straight. The purpose of this project is to wade through some of these sub-categories and give readers 7 films a week —leading up to the last Thursday of the month — that could serve as a decent representation of each. This week is “vampire movies,” a genre that has spiked in popularity due to the cultural phenomenon of “Twilight.” Rest assured, these picks are much more oriented toward the adult demographic. Enjoy!

This film is a real oddity among the genre, but it’s also an unheralded gem. Shot in gorgeous black & white, it tells the story of a young philosophy student who is bit by a vampire and falls into a downward spiral of nightmarish addiction. The insatiable thirst for blood mirrors Heroin addiction, and this becomes especially clear when the character begins experiencing heavy and horrifying withdrawal symptoms. Christopher Walken appears briefly as an aging, meditative vampire, but it is really the determined performance of Lilli Taylor that steals the show. It may be the most high-minded B-movies ever conceived.

This movie is also referred to as “Andy Warhol’s Dracula,” but the famous artist only served as producer for the film. It is also probably the most outrageous vampire movie you’re likely to see. With its tongue firmly in its cheek, the film tells the story of the Count (played by Udo Kier) searching for a virgin’s blood in Italy. Any other kind of blood (meaning, the blood of a non-virgin) makes him violently ill — eventually causing a dry-heaving freak-out of epic proportions. He meets a landowner that is offering up his daughters for marriage, and Dracula hops on the opportunity for some fresh blood. The problem is the children are not as innocent as they claim to be…

“Martin” was made by George A. Romero right before the breakthrough of “Dawn of the Dead,” and it is one of the most overlooked of all the master’s films. The plot concerns a young man named Martin who may or may not be a vampire. The ambivalence is key here — we watch him kill people and drink their blood, but it is never exactly clear if he is delusional or the real deal. Romero, wisely, never clears this up, and the end packs quite a sad and uncompromising punch. It’s more than worth searching out.

This is cheating a little bit, considering the film isn’t so much a horror movie as a sly, over-the-top comedy. The main character, played with controlled chaos by Nicolas Cage, is a Wall Street yuppie whose mental state rapidly deteriorates after a one-night stand with a woman he believes is a vampire. Cage gives one of his greatest and most misunderstood performances here; he is overacting, sure, but it is all completely intentional. If nothing else, it is a friendly reminder that the actor is possibly the most underused comedic talent in Hollywood.

Considered by most to be a minor film from the great French director Claire Denis, this beautiful tale of blood-lust is finally starting to receive the praise it deserves. A couple are on a honeymoon in Paris, but the husband (played by a clammy Vincent Gallo) is more interested in what is going on at a nearby medical clinic that is conducting libidinal experiments. What follows should not be spoiled, but it should be warned that his is one of the more graphic films on the list. It is a sensual and psychological take on the worn vampire/cannibal genre.

Daughters of Darkness (Harry Kümel, 1971)
“Daughters of Darkness” is one of the most visually ravishing vampire films ever made, but it is often dismissed due to its association with the exploitation genre. Newlyweds are staying in a Belgium hotel for a night, and they end up meeting Countess Elizabeth Báthory (yes, that is a nod to the actual “The Blood Countess”). What follows is, at turns, eerie and highly surreal. Kümel works in the same vein as someone like Jean Rollin, who also has a gorgeous visual style that complements the often thin plotline. A product of its time, yes, but it’s a highly enjoyable one.

A must-see classic for any fan of the vampire genre (even if it is more of a witch film). It opens with a startlingly graphic sequence of a witch being burned at the stake in the 17th century. The executioner places a “Mask of Death”—a mask with sharp spikes where the face is supposed to go—on the witches head, leaving hideous holes all over her face. She is revived decades later and is on the prowl for a beautiful woman that she can possess. Along the way, she satisfies her thirst for blood in exceedingly creepy ways. Bava was one of the most famous names to emerge from ‘Italian’ horror,’ and his masterpiece still remains far ahead of its time.

That is it for now! Look out for more film recommendations every Thursday until Halloween night.