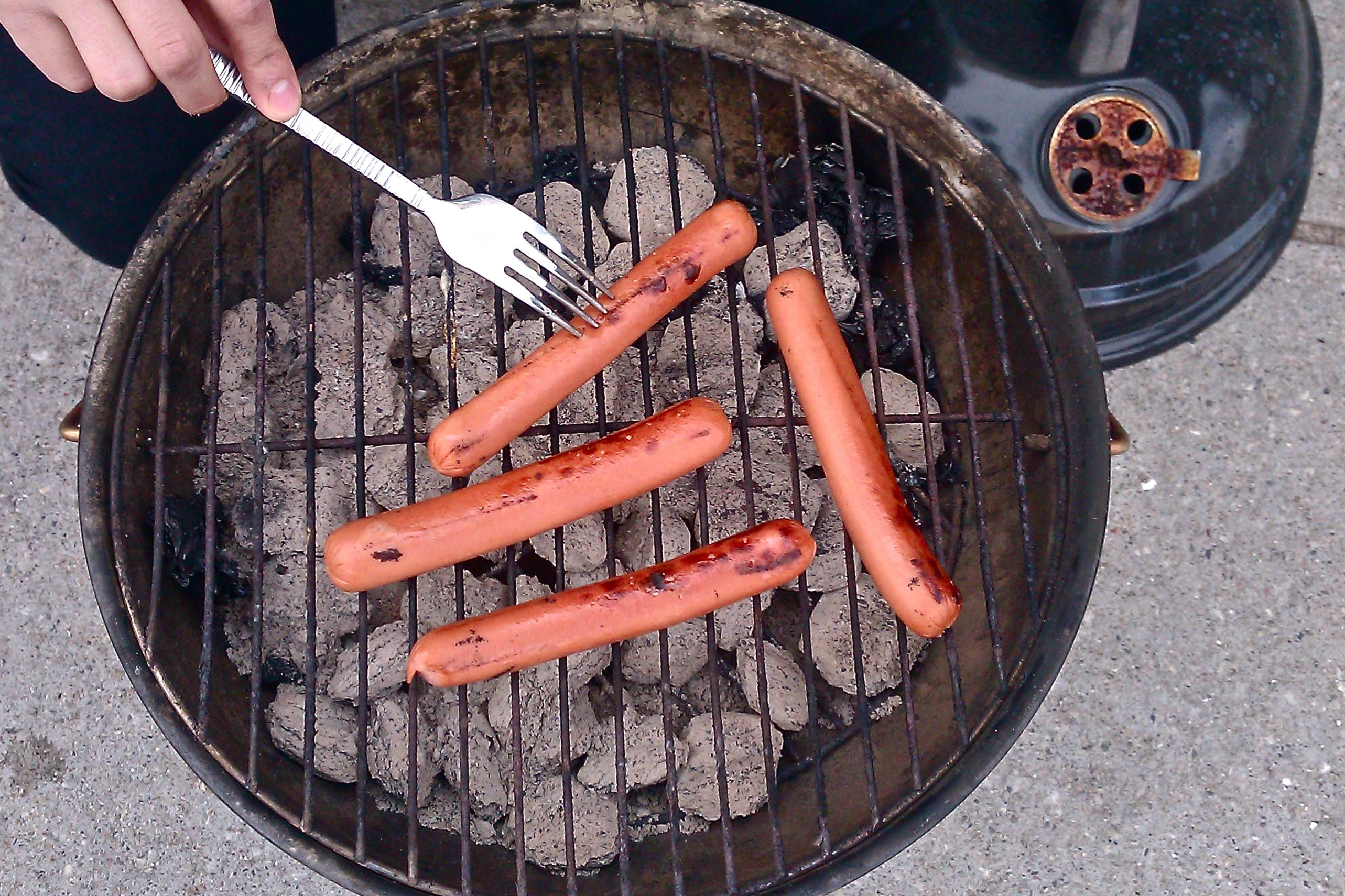 It was one of the first days of spring; students were out enjoying the weather playing basketball, riding their bikes, walking their dogs and skateboarding.

Four Central Michigan students, Ashlee Kalinowski, Jenna Gorman, Danielle Marie and Francheska Gjeloshaj, decided to take advantage of this nice weather by selling hot dogs, the perfect springtime food, to raise money for a poor abused dog named Angel, currently being housed by the Humane Society. Angel, a stray, was found with a severe hip misplacement and was in dire need of a surgery that would cost $500.

People on bikes, people waking their dog and even people headed to The Bird, stopped over to the hot dog table across the street from the Bird to donate and get one of the best $1 hot dogs there is.  Even Kalinowski’s dog Wes came to enjoy a hot dog.

There was live music provided by a friend   with an acoustic guitar and Kalinowski on her ukulele. They stayed there until every hot dog was gone and raised $133. Combined with other donations, they raised just enough to get Angel her surgery.

Apparently this wasn’t the first time the foursome have helped the Humane Society. A few weeks ago they hosted an event for the Isabella County Animal Shelter, called Pits for Pets, trying to spread awareness about pit bulls, how they aren’t to be feared and how they can make good pets.

They were even able to find homes for four pit bulls who have been locked up all their lives. Gjeloshaj admitted that before she volunteered she had a little fear of dogs.

“Volunteering for the animal shelter has helped me overcome my fears of dogs and helped me learn a lot more about pit bulls,” she said.