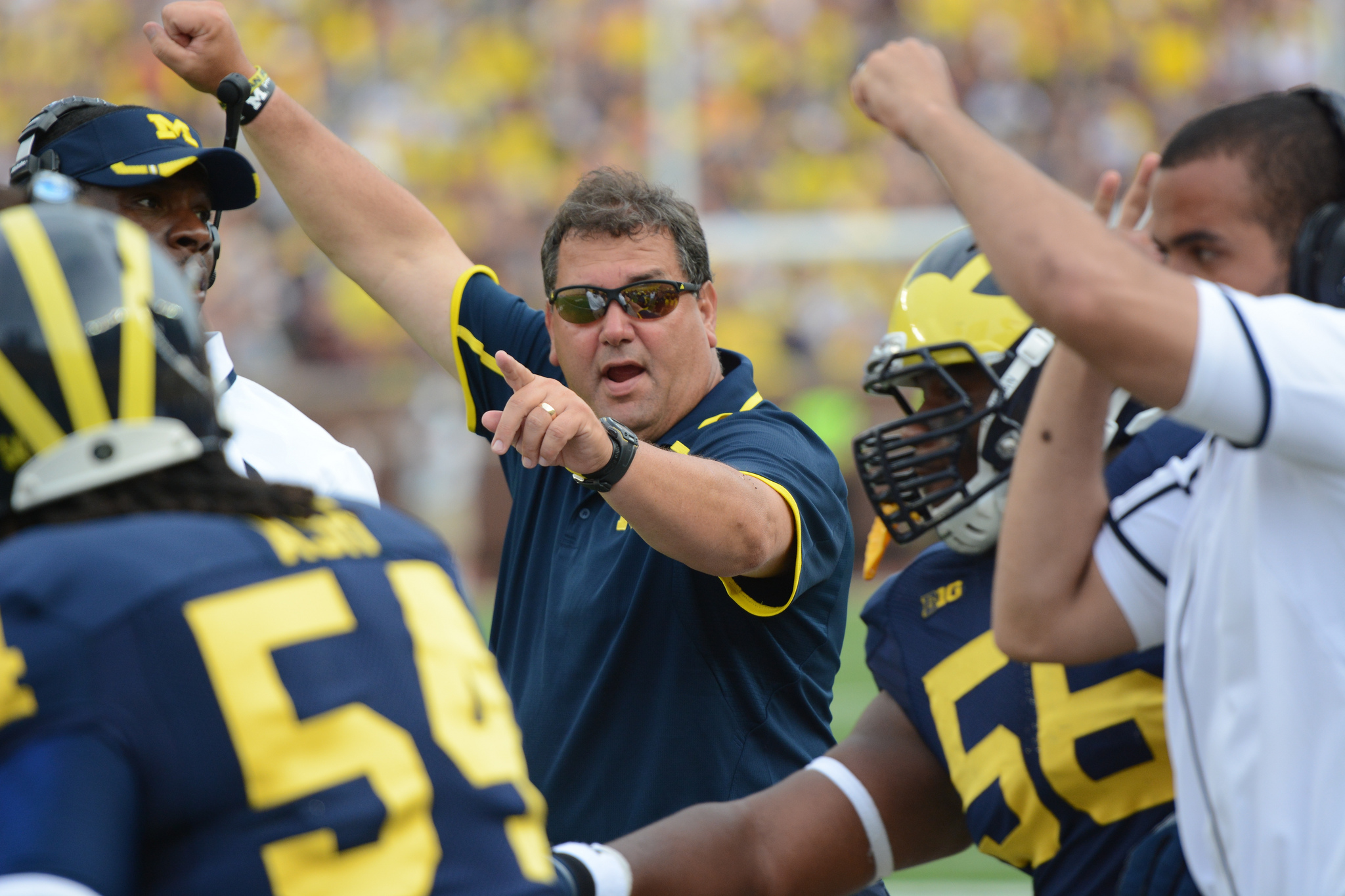 The University of Michigan played its first football game in 1879, and since then, the Wolverines have never lost three games before the calendar turned to October. That is, until now.

There were issues before this season began, and the steady regression throughout head coach Brady Hoke’s tenure was alarming to everyone outside of Ann Arbor.

This season, however, things have taken a dramatic turn for the worse.

It’s year four for Hoke, and what’s present every Saturday for the country to see is a gross lack of player development as well as a lack of overall team cohesion.

On the field, there are issues in abundance, and Hoke is probably on his way out as a result. Commentators and fans speculated this – even before sophomore quarterback Shane Morris absorbed a vicious hit from Minnesota defensive end Theiren Cockran, a hit that left Morris visibly groggy and disoriented.

What transpired from there turned the narrative from one that was football-focused to one that painted the entire football program and even members of the athletic training staff as incompetent.

Brady Hoke has justifiably garnered nationwide criticism for placing Morris back in the game for one play after displaying symptoms of a concussion following the big hit.

In his press conference on Monday Sept. 29, two days after the incident, Hoke was asked if Morris had been diagnosed with a concussion – to which his response was negative.

He specifically addressed the question of whether or not there was a diagnosis of a concussion:

“Following the game, a comprehensive concussion evaluation was completed and Shane has been evaluated twice since the game. As of Sunday, Shane was diagnosed with a probable, mild concussion, and a high ankle sprain. That probable concussion diagnosis was not at all clear on the field on Saturday or in the examination that was conducted post-game. Unfortunately, there was inadequate communication between our physicians and medical staff and Coach Hoke was not provided the updated diagnosis before making a public statement on Monday. This is another mistake that cannot occur again.”

How the head coach of a football team can still be unaware of his quarterback’s diagnosis two days after the fact is mystifying, to say the least.

Granted, some blame does also deserve to be placed with the medical staff for not effectively communicating to Hoke the health status of one of his players.

Still, for Hoke to go to that press conference completely unprepared is inexcusable and a slap in the face to the fans who still adamantly support the subpar product he’s put on the field the last two years.

For him to be so out of tune with what’s taking place on the field that he’s unaware his starting quarterback took a hit severe enough to possibly make him concussed, is also inexcusable.

Instead of just being looked at as a once-proud football program merely in disarray on the field, like many other historic programs before it, the University of Michigan has become the temporary poster child for all national commentary on lack of proper care when it comes to dealing with head injuries in football.

The natural progression in the conversation when this Morris story is brought up is one to a discussion on the issue of brain trauma in football as a whole, and the once-strong Michigan brand is now associated with all of this.

Barring some unforeseen dramatic uprising of the team, Hoke will be looking for other employment come the end of this season, perhaps sooner.