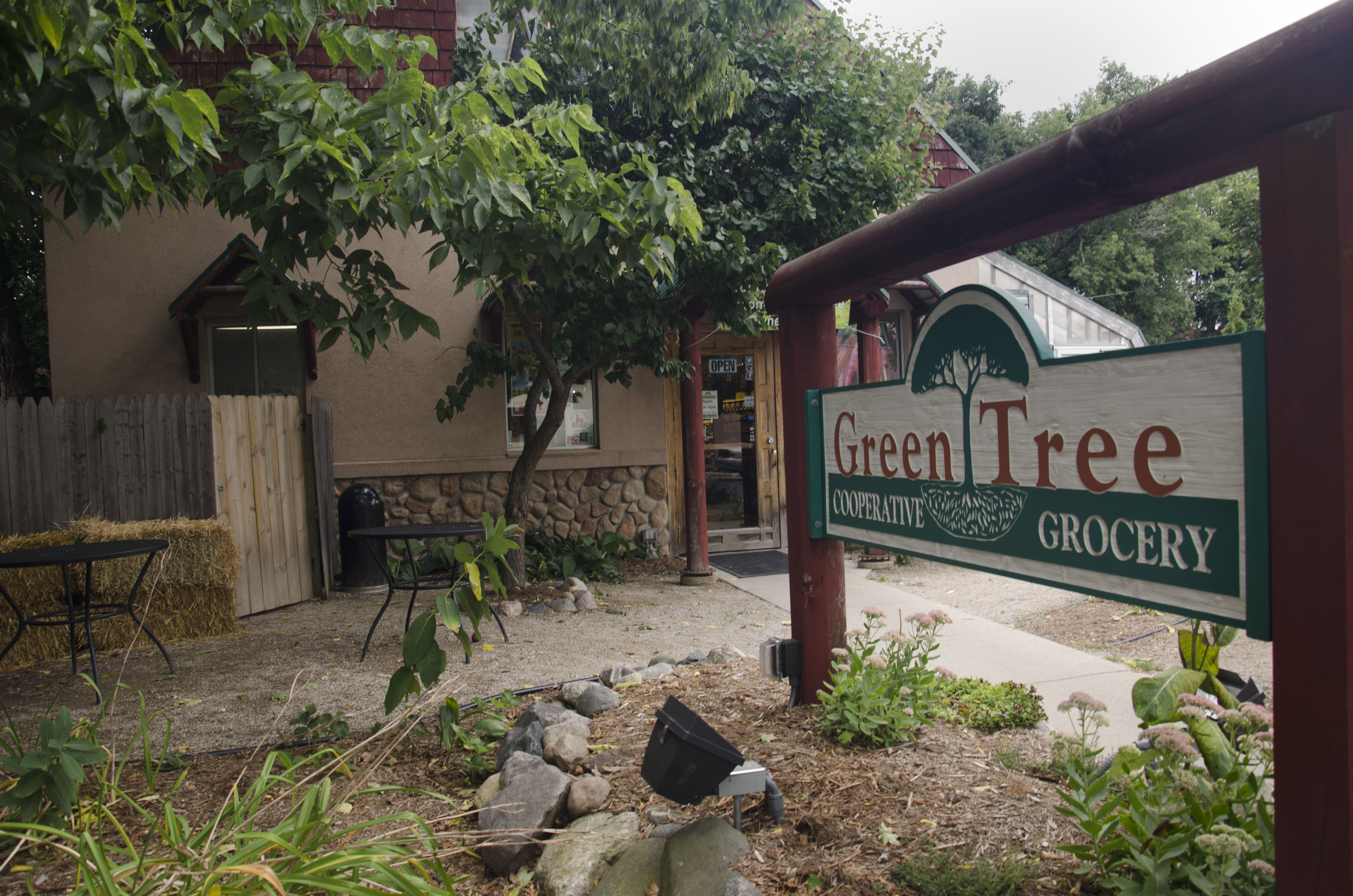 Head on downtown to Franklin Street and you may be fortunate enough to discover one of Mount Pleasant’s hidden gems.

GreenTree Cooperative may have been around for more than 40 years, and it may be a small-scale, but it’s far from outdated.

Back in 1970, a group of students, community members and local farmers came together to start a coalition. They established a cooperative grocery store where individuals of the greater Mount Pleasant area could come and purchase fresh, organic fruits and vegetables out of one of the members’ home.

Fast forward to today: The store remains the only cooperative within a 60-mile radius and is owned entirely by its 1,500 community members, including Central Michigan University students. In fact, GreenTree loves the support it gets from the CMU students so much, it shows its gratitude by offering a 5% discount to students who shop at the co-op on Fridays.

It also attempts to reach out to students by bringing their smoothie bike to on-campus events. Battle Creek senior Kaylie Hess was quick to proclaim her approval of the smoothies.

“They came to the Fuel Good Food event in Celani Hall last year,” Hess said. “The banana smoothie was incredibly refreshing, and it was cool to see how the blender was powered by the bike; I had never seen an invention like that before.”

This grocery store has everything a “foodie,” health guru or someone with special dietary needs could ever need or want. Containing produce almost entirely from local farmers, this cooperative is conscious of keeping its items fresh, clean and keeping business local.

Since produce that is purchased at chain grocery stores may travel thousands of miles to reach shelves, this local grocery store provides a refreshing change of pace, with local farmers growing nearly all the produce they provide.

In addition, there are many products catered to a wide range of allergies and diets. There are gluten-free and vegan products, as well as dairy, egg and soy-free products. Crystal Lake junior Kelly McNeely said she appreciates GreenTree due to the specific diet she has to follow for Celiac disease.

“It’s hard to go to the grocery store and find packaged food that won’t make me sick, but GreenTree is a gluten-free shopper’s paradise,” McNeely said. “I love the amount of specialty foods they carry.”

No matter what your dietary lifestyle is, GreenTree grocery has you covered.

Another advantage to shopping at GreenTree is the small-town atmosphere and the welcoming nature of the employees. After a few visits, employees generally greet you by name. Whether you’re a CMU student or a Mount Pleasant native, nothing makes you feel quite at home like the friendly neighborhood atmosphere.

Although this co-op itself is a cutting edge production, members never fail to dream big. GreenTree employee Laura Coffee explained the co-op is aspiring to expand to a building three times its current size.

“We are hoping to have indoor seating, as well as a loading dock for farmers and companies to drop off their products,” Coffee said.