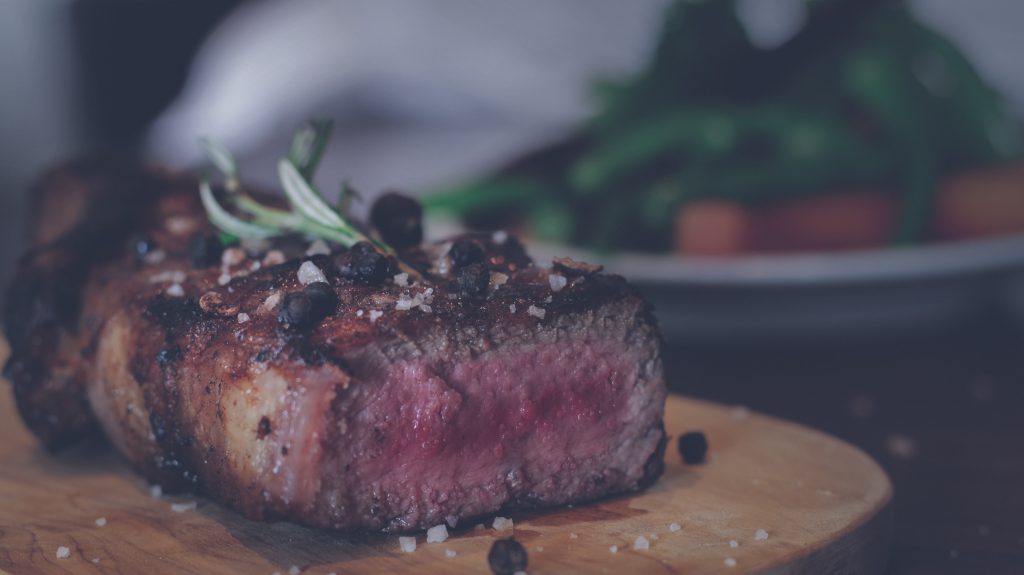 Did you know that by eating a hamburger several times a week you’re contributing to climate change? The demand for red meat across the globe is having an unforeseen impact on our planet, but the good news is, you can easily help reduce the problem.

Since the mid-twentieth century, when humans began to burn fossil fuels, climate change has been a rising problem. Human activities pollute the air with greenhouse gases that have warming effects on our planet.

The Earth only has to rise two degrees Celsius, or 3.6 degrees Fahrenheit, for there to be catastrophic consequences such as floods, species extinction and severe droughts. To avoid this outcome, humans have made efforts to reduce the production of greenhouse gases, such as switching to electric cars and finding alternative fuel sources.

An even easier way to do your part is to simply cut down on the amount of red meat you consume. People across the globe are obsessed with their quarter pound burgers and Big Macs from Mcdonald’s. But this large demand for red meat means extensive cattle farms, or Concentrated Animal Feeding Operations (CAFOs).

While burning fossil fuels is still the worst contributing factor to climate change, about 14 percent of greenhouse gases can be attributed to agriculture, according to the World Resources Institute.

Due to cows unique digestion system, they produce the most methane gas. This is especially problematic when they are being raised in large quantities.

So, by reducing the amount of red meat you consume, you could help lower the demands, which will in turn lower the amount of cattle being raised. Less cattle means less methane gas warming our atmosphere.

We don’t suggest you take on a strictly vegan diet, however choosing to eat more plant based foods will definitely help.

Tackling climate change goes beyond just reducing the amount of meat in your diet, however it is a part of the problem that can’t be overlooked if we hope to avoid catastrophic outcomes.

If you want to be even more proactive, consider joining one of these RSOs on Central Michigan University’s campus:

Student Advocates for Vegetarian/Veganism: The group’s goal is to educate campus about the the benefits of being vegetarian and vegan.