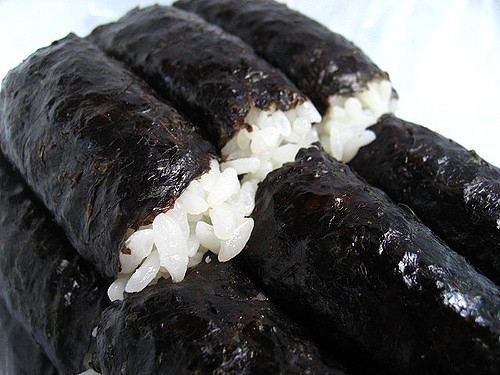 May is Asian-Pacific American Heritage month, and student organizations have begun putting on several events to raise awareness and help students learn about the culture.

The Asian Cultural Society put on an International Café on Thursday, March 23. The event was held in Herrig Hall and featured a menu of teas, Taiwanese lemonade, onigiri, curry, kimbap, pork dumplings, spring rolls, egg drop soup, cream cheese Oreo balls, Japanese cheesecake and hotteok. For those who are unfamiliar:

Kimbap: Similar to sushi, but with different fillings. Kimbap never contains raw fish. Instead, it often has ham, carrots and spinach, but it could contain anything (like leftovers).

The event featured Korean pop music and Chinese lantern table decorations. Volunteers from the Asian Cultural Society took students’ orders to a small kitchen area set up outside, where food and drinks were made. They graciously answered any questions and recommended their favorite dishes. The event was free, but donations were accepted.

Since the semester ends in early May, most organizations hold Asian-Pacific Heritage Month events early, and a there are a few left this semester.