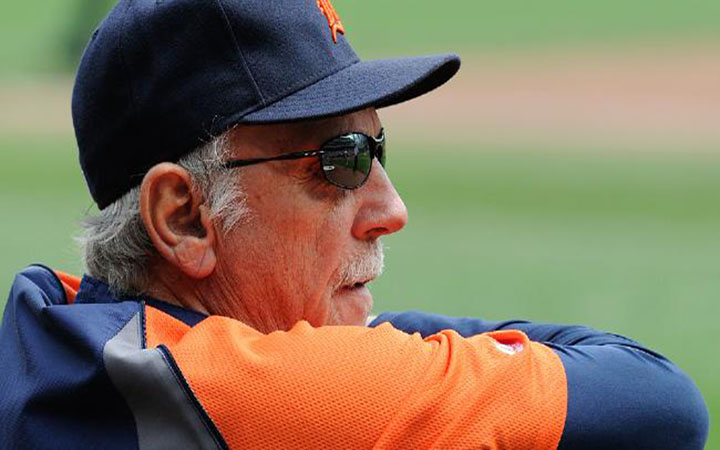 In an emotional news conference on Monday, Leyland stated that he had felt as if his tank was running on empty and that he had informed General Manager Dave Dombrowski of his decision not to return way back on Sept. 7.

He wanted to make two things for certain: this was his choice 100 percent, and that he was offered the opportunity to return as manager.

Under Leyland’s tenure, the Detroit Tigers had only one losing season. The 12 years before Leyland arrived were all losing seasons, including the 2003-04 119-loss season which stands as the worst in American League history.

Leyland came to Detroit as a well-respected manager with the reputation as a man that would do anything for his players, staff and organization.

When he publicly announced  his decision to not return as manager, players around the league made it obvious of how they felt about him and his contributions to the game of baseball.

What an honor playing my first 8 years with Jim Leyland. A great manager and an even better person. Thanks for believing in me. #HOF

Even Shane Victorino, who had the biggest hand in ending Leyland’s managerial career with his grand slam in game six, had nothing but kind words for him on his way out.

Nothing but respect for Jim Leyland!!! A true class act my friend

“Sometimes I have protected my players to a fault,” Leyland said during his press conference. “That is something that I hope to take to the grave with me.”

Fifty years ago, Leyland was a prospect in the Tigers organization, and he cites being able to finish his career in Detroit as the manager as a great privilege.

He will stay with the organization in a position that has yet to be determined, “I want to retire a Tiger,” Leyland said.

The Tigers now face a level of uncertainty that has not been felt for eight years now. This time around finding a new manager is a much different situation than when it was when Leyland was hired in 2005.

Former Tigers manager from 1998-99 has managed for the Tigers’ Single-A and Triple-A minor league affiliates. Parrish has big league managerial experience and is familiar with the organization. He has bounced around the league since managing the Pittsburgh Pirates in 2000, yet keeps finding his way back with the Tigers.

The former Tiger legend and current manager of the Arizona Diamondbacks was the clear-cut fan favorite to replace Leyland. He announced on Monday he is happy where he is and will be sticking with Arizona. Many find this hard to believe as Gibson played most of his career in Detroit and was born in Pontiac, Mich.

Never say never, this job is too attractive to immediate dismiss especially with as many connections as there already are in place.

Another guy with managerial experience, Lamont has been apart of the staff in Detroit since 2006. If the Tigers’ brass feels like avoiding a major shift then this is the guy. You would think that the Tigers would be thinking about a manager for the future and not just for the next couple of years, though.

Baker now sits as the active manager with the most career wins thanks to Leyland stepping down. He was fired as the Red’s manager on Oct. 4.

The Reds let Baker go after making the postseason three years in a row. The problem was that he couldn’t get them to take that next step into the World Series.

Detroit is a team that is on the brink of a world championship — which would make the hiring of Baker, a puzzling one.