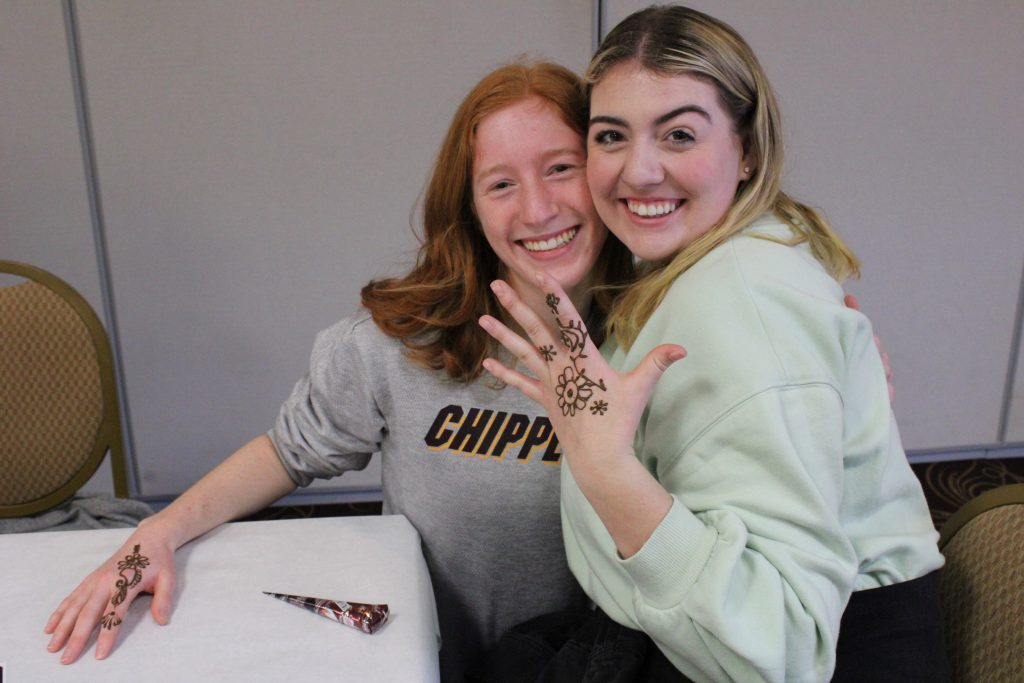 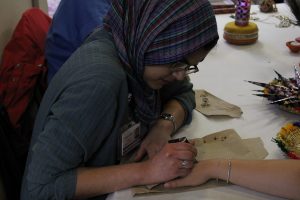 Story and photos by Maddi Hill

In celebration of Asian Pacific American Heritage Month, The Multicultural Academic Student Services office held an event on March 24 to discuss the historical and cultural significance of henna in South Asia.

Mahum Hakim and Shreya Abraham hosted the event. The event featured a presentation on how henna is made, as well as its significance and what it’s used for.

Henna is a paste made from henna leaves. The leaves are then milled and combined with liquids such as water, lemon juice, and tea. After being combined with a liquid, the henna is sifted and put into a small cone.

Henna is mainly used in North Africa and parts of South Asia. It has many uses and cultural significance. Traditionally, henna is used for weddings. A special celebration for the bride called a Mehndi is held. During the Mehndi, the bride will receive henna on her hands and feet. Henna is also used for religious celebrations like Eid and Diwali.

After the presentation, guests had the option to practice henna on themselves or get it professionally done by henna artist Nimra Javed.