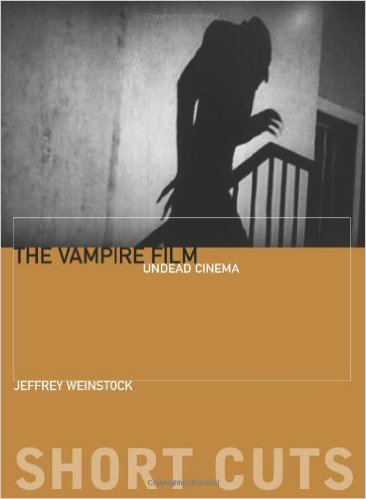 Central Michigan University English professor, Jeffrey Weinstock, specializes in American literature with an emphasis on popular culture and the Gothic.

“The Gothic is art that deals with the darker side of the human experience, unsavory sorts of topics like monsters, mayhem and murder – the unhappier side of the spectrum,” Weinstock said.

Professor Weinstock has written many books about Gothic literature and film, such as “The Vampire Film: Undead Cimema,” “The Works of Tim Burton: Margins to Mainstream” and “Scare Tactics: Supernatural Fiction by American Women“. He has also been the editor of three collections of H.P. Lovecraft short stories.

Weinstock says that curiosity and a fascination with the unknown, among many other things, attract people to horror and the Gothic.

“A scholar named Victoria Nelson theorizes that modern horror satisfies the desire to believe in a world that is stranger and bigger than our own.”

Scary stories, particularly in film, are so enjoyable to many due to the physical sensations they cause. During terrifying scenes, your heart beats rapidly, your palms sweat and you are on the edge of your seat, waiting in anticipation or cringing in horror. The sensation of adrenaline and the relaxation afterwards is a powerful and often pleasurable physiological reaction, Weinstock said.

He explains that one type is not better than the other; rather, one entails emotions and terror, while the other aims to be horrifying and disgusting to its audience.

This semester, Weinstock teaches an honors seminar called Monsters and their Meanings. The class explores monsters in literature, film and popular culture throughout time and around the world. Students began the class with a case study on vampires, reading a traditional tale, Bram Stoker’s “Dracula” and then a more contemporary novel, “Fledgling” by Octavia Butler.

The remaining two thirds of the semester is unique, Weinstock said. Students assembled into groups and will be creating lesson plans to teach the class about topics of their own choosing. Each of the four units will be two weeks long and student-led with the assistance of the professor. So far, groups of students have presented on Greco-Roman monsters and contemporary monsters.

In the class, students often find themselves in nontraditional class setups. Weinstock enjoys teaching the class in different locations and formats. He values class participation and mixes up the class format, breaking the class up for group activities and debates.

Freshman Kevin Grezlick enjoys the class’ freedom and uniqueness. He describes Weinstock as very open minded and laid back, and loves the unpredictability of the class.

Grezlick has had a fascination with monsters since he was a child, particularly their presence in video games, and his favorite monster is a dragon. With the final assessment of the class, Grezlick will be able to explore his interests and write his research paper about monster portrayal in video games.

Through his studies, Weinstock observes that monsters are reflections of the anxieties and desires of the society that made them. Through the course, Weinstock wants students to appreciate monsters not only for their entertainment, but to understand the way they were used to encourage people of a society to conform.

“If you do not act a certain way, you are at risk of being eaten by a monster or becoming the monster.”