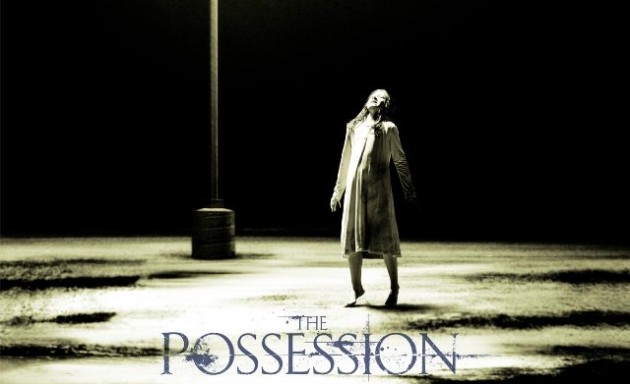 For some odd reason I walked into the movie theatre the opening day of the movie “The Possession” on
August 31 expecting to hold my breath and be frightened. What I got was the tired paranormal
trend in modern day horror films.

Everyone knows the story, an innocent young child’s curiosity leads them into being possessed by
some demonic or dead spirit and the movie revolves around the father’s attempt to save his child
under the unbelieving scrutiny of the mother. Slap a ,“This is based on a true story” disclaimer at
the beginning and there you have it, a “scary” paranormal thriller.

“The Possession” revolves around the acquisition of young Emily’s (Natasha Calis) body. It all begins at a
garage sale where she becomes entranced by some treasure box that her father Clyde (Jeffrey
Dean Morgan) buys for her. Little does she know her fascination with pandora’s box leaves her
possessed.

The film features melodramatic first world family problems with the separation of Emily’s
parents Clyde and Stephanie Brenek (Kyra Sedgwick). The entire family
is still in the healing process of the broken family syndrome. The recent divorce becomes an easy
explanation for Emily’s erratic behavior until Clide notices her unwavering obsession with the
box. He further investigates and discovers the box contains some dislocated spirit that preys on
the innocent and takes over the life of its host until there is no life left. Once he unveils the truth
the family unites during the exorcism of young Emily.

Sounds familiar enough? The fact that I didn’t need to hold my breath or gird my loins at any
point in the movie coupled with the complete lack of originality left me angry that I paid to see
a movie that I have seen countless times. The previews were misleading, I mistakenly thought
I would be jumping and screaming during the film but I honestly sat and laughed furiously at
certain points in the movie.

Young girls usually enjoy toys and dolls not boxes, so Emily’s initial attraction to a box just did
not make sense to me. That was the first red flag.

Modern day horror movies have replaced tremendous blood, gory violence and sinister
murderers with ghosts and spirits. Maybe it’s just me, but that kind of thing is not going to
have me anxious for what may come next because it’s all too predictable. I’d have to say at least
in the “Paranormal Activity” movies I felt somewhat frightened at some parts but it
still did not scare the pants off of me.

Paranormal thrillers are cheap and easy to make. The budget for “Paranormal Activity” was
reportedly only about $16,000, however the film racked in over $100 million. Directors cash in
on America’s new obsession with the unknown. Even worse, much like the movie “Insidious”, the
fascination with targeting children in possession movies is getting quite disturbing. Why would
anyone enjoy a movie in which a child undergoes such trauma?

Director Ole Bornedal should have taken cues from similar films and prevented the continuation
of this tired trend in “horror” movies. The lack of originality and fright made the movie
extremely weak but don’t be surprised if it does well this Labor Day weekend in the box office.
Those tricked into believing “The Possession” would be scary will
waste their money on a movie they have already watched.