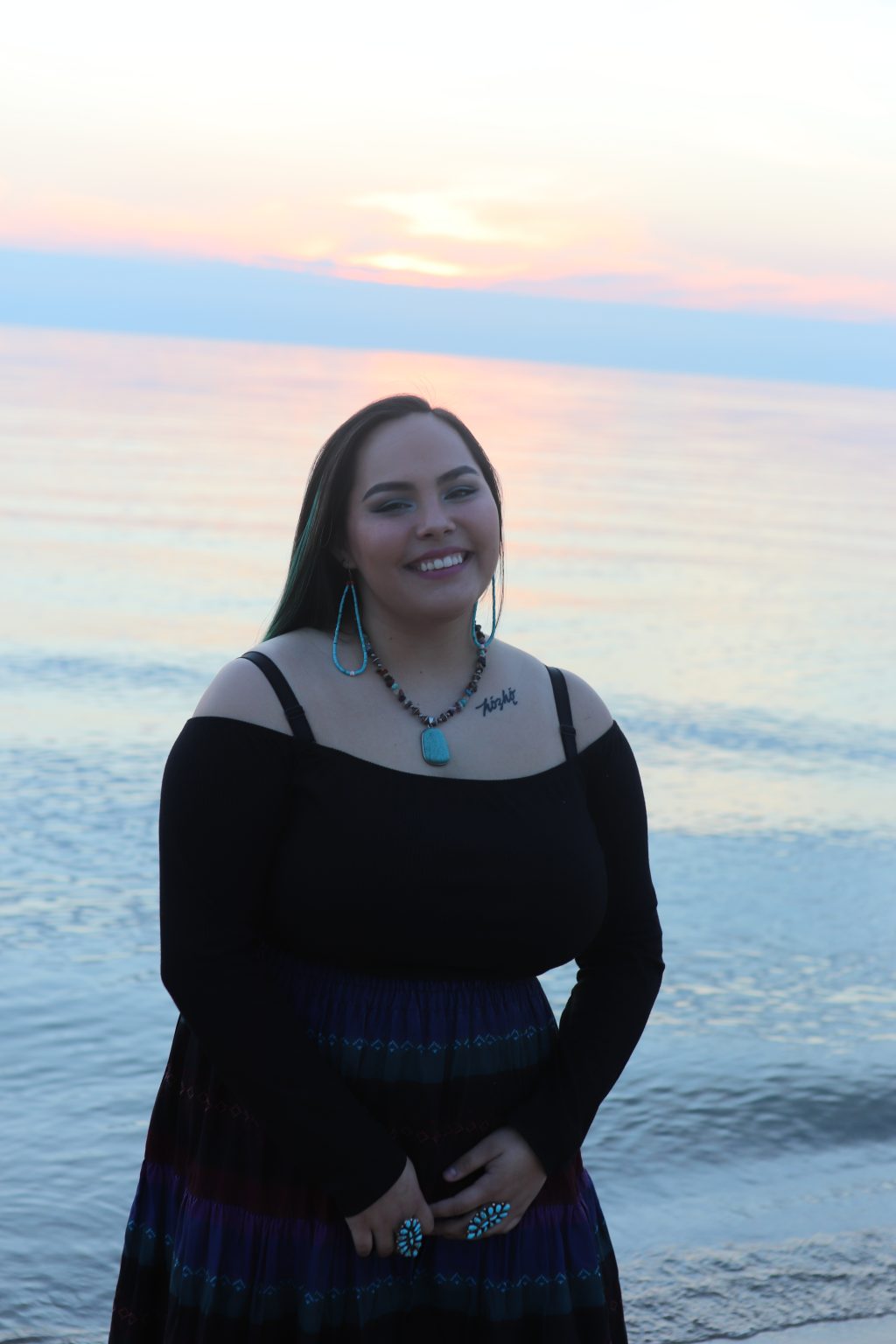 Ayebah Wilson is a senior at Central Michigan University. Double majoring in anthropology and cultural and global studies with certificates in American Indian studies and cultural competencies, Wilson speaks about her experience as an Indigenous student at CMU.

“All throughout late middle school to early high school, I went to this camp that the Native American program put on called NAISEC,” said Wilson.

This program allowed Wilson to get well acquainted with  campus and the different services that CMU offered. After this experience, she was excited at the prospects of going to school at Central.

“At first it seemed as though it was a place where there were a lot of Native students on campus,” she said.

After arriving on campus, Wilson realized everyday life at CMU was different than at camp.

Wilson speaks honestly about this difference.

“From the events, it seemed that there was a lot of stuff going on. Now that I have been here for almost four years, there is definitely a lack of support,” she said. “Most of the support there is comes from natives or us just supporting each other.”

When asked what it is like being an Indigenous person on campus, the first word that comes to mind for Wilson is “interesting.” Lack of support and tokenism is brought onto her every day.

As a student majoring in the social sciences, like many of her fellow indigenous students, Wilson explains what it is like having mostly white professors.

“We have had a lot of issues with those instructors because they are all white instructors, and it is very much a battle between us and them in terms of content.”

Wilson goes on to say “they think they have the authority or they know all because they have studied native people but we have lived it and we know things from what  we have actually lived through.”

Wilson said being the one who always has to speak up has become very tiring.

This tokenism is not unique around Central Michigan University Wilson said, and she believes more must be done to educate each other instead of consistently looking to minorities to do the hard work.

Wilson currently serves as the president of the North American Indigenous Student Organization (NAISO). She is also the Director of Equity and Inclusion of SGA, a role new to her this semester, helping first-hand to create the change she hopes to see in her University and the world.