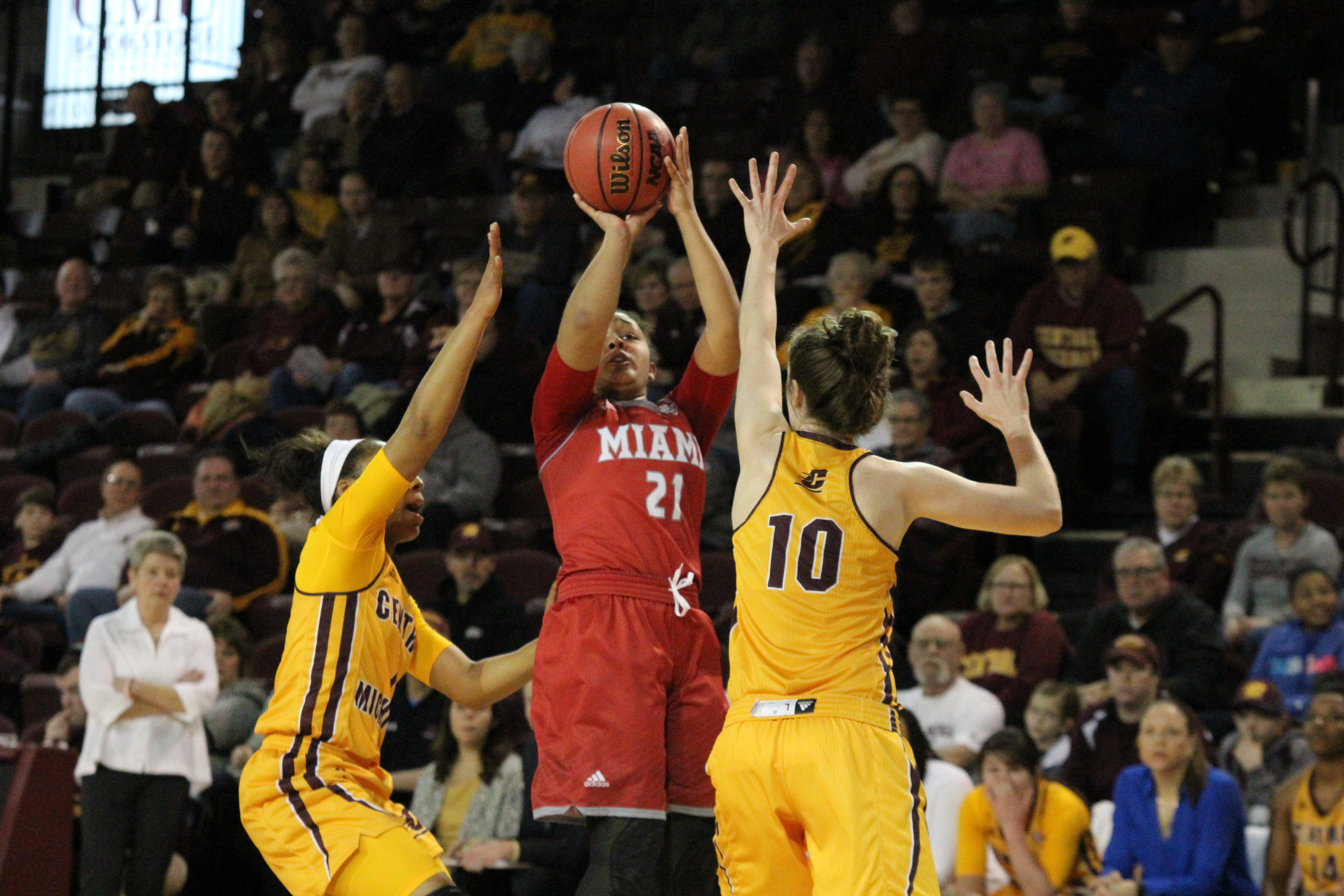 Both men’s and women’s basketball went head to head in McGuirck Arena at Central Michigan University on Saturday, Jan. 30.

The women’s team faced up against Miami University of Ohio. Pulling away quick, the Chippewas outscored the Redhawks 26-5 in the first quarter. With the help of Jasmine Harris off the bench, another 17 points were made. The final score was 77-54 and CMU, earning the fourth W at home.

The men’s team went up against Bowling Green, handing the Falcons their first conference lost of the season. Men’s basketball have improved their home record to 10-1.  They are now tied for first place with Northern Illinois in the MAC West.