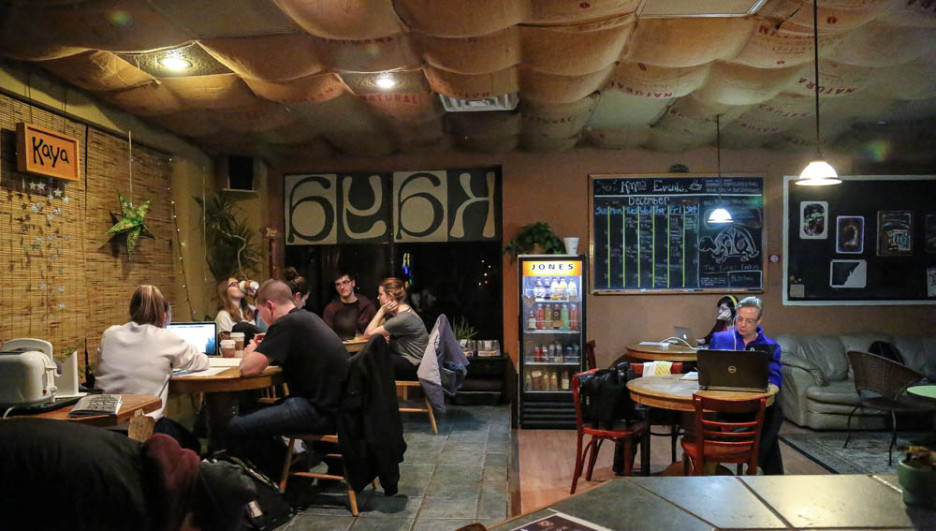 Tucked away on South University Street lies Kaya Coffee House, a local coffee shop and popular Central Michigan University hangout filled with eclectic turtles of all shapes and sizes, overstuffed couches and tables of community members who are working or meeting with friends. You’ll find them sipping on something delicious, warm or cold.

In the Arabic culture, this tea is a social gathering delicacy, and it is often served to show signs of salutation and hospitality.

We talked to barista and CMU senior, Karen Nixon, about the new tea.

Grand Central: What made Kaya want to put an Arabic tea on the menu?

Karen Nixon: Well, our owners’ best friend, Bassel, is from Saudi Arabia. He is the one who originally introduced us to the drink. The owner really wanted to do something to honor him.

GC:  Is the Basselam going to become a regular menu item?

KN: It is currently the “drink of the moment”, so we will see how it goes, but it’s been very popular so far. So it might stay!

Note: When we at GC went in to try it, they were sold out! So that’s a good sign.

GC: Has the tea gone over well with international students?

Nixon: They have been very happy that we added the tea. Although, they do say that it’s not sweet enough for them. We toned it down a little bit so that it appeals to more people.

GC: Is the tea imported? Or is it made locally?

Nixon: Bassel, our friend actually drives to Dearborn to pick it up for us. So, it is very authentic.

If tea is your go-to source for caffeine, stop in at Kaya Coffee House to try their newest addition to the menu.