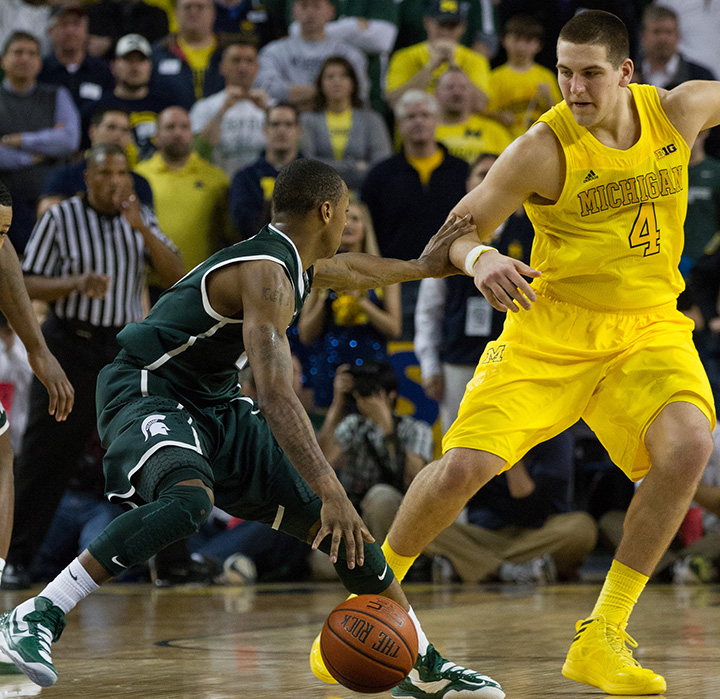 While the conditions of Midwest winters are always bitter cold and dreary, basketball fans in the region have been able to find comfort in the entertainment of a conference that has been the gold standard in college basketball over the past three seasons.

The Big Ten Conference is yet to produce its first national championship since Mateen Cleaves and the Michigan State Spartans won it back in 2000, but that doesn’t detract from the quality basketball that’s been played in the conference.

This year should be no different, although there may be more question marks heading into this season compared to previous preseasons in regards to the conference’s heavyweights.

Is Michigan State point guard Travis Trice ready to run the offense full-time? Is Michigan good enough on the perimeter to make up for an exceptionally thin frontcourt? Can Nebraska build on its newfound success from last season?

The Wisconsin Badgers are the consensus favorite in the B1G and widely considered to be a contender to win the national championship. Coming off head coach Bo Ryan’s first Final Four appearance in 13 seasons as Wisconsin’s head coach, the Badgers return their top two scorers from last year, forward/center Frank Kaminsky (13.9 PPG) and forward Sam Dekker (12.4 PPG). With those two and a number of role players returning to Madison, Wisconsin may have its best National Title shot since Bo Ryan arrived in 2001.

“Nebrasketball” is back in 2014, and expectations will be raised as third-year head coach Tim Miles looks to take the Nebraska program to a height it has never reached before. Last year was the program’s first NCAA tournament appearance since 1998, but the program’s first NCAA tournament win in its history still eludes them. It’ll be expected this year, as the team returns with its two leading scorers, small forward Terran Petteway and guard Shavon Shields. Preseason expectations have never been higher for Nebraska basketball, and this squad has the talent to deliver.

Michigan State is talented, but expectations should be tempered this year in comparison to past seasons. Keith Appling, Adreian Payne and Gary Harris (58.2% of team PPG) have left East Lansing, meaning the pressure will fall on forward Brandon Dawson, utility guy Denzel Valentine and point guard Travis Trice to raise their respective levels of play in order to maximize the potential of the roster. The Spartans could surprise some fans and make their first Final Four run since 2010, but they’ll be relying on a lot of young and unproven talent to do so.

The hoops success for the Wolverines should continue this year, but like Spartan fans, it would probably be wise for the fans of maize and blue to temper their expectations heading into 2014-15. Michigan is strong on the perimeter with point guard Derrick Walton and guards Caris LeVert and Zak Irvin. However, the interior for them is up in the air with Mitch McGary leaving for the NBA, Jordan Morgan graduating and Jon Horford’s unexpected transfer. The Wolverines will be relying on returning junior Max Bielfeldt (4.7 minutes per game last year) and a collection of freshmen to fill that void.