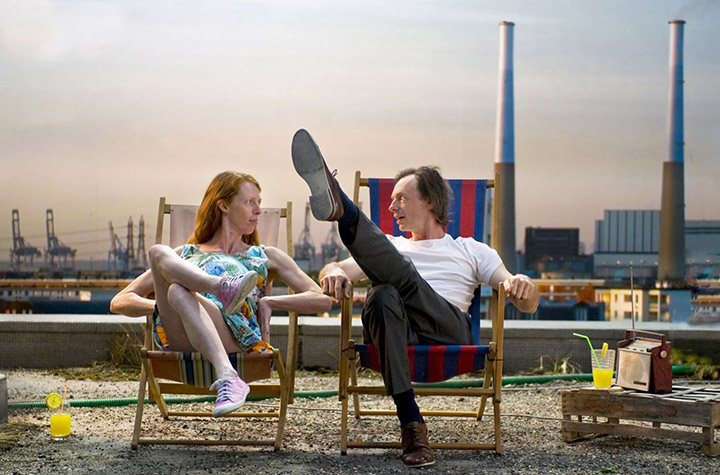 The Central Michigan University Film Festival finished up over the weekend, and it seems gone far too soon. It’s unfortunate that an event as important for the school — and the school’s film culture — only comes around once a year.

This final weekend brought in some lesser-known, low-budget works that infused the Park Auditorium with an indie spirit. Yet, despite the lack of mainstream titles, the crowd turn-out stayed strong

“The turn-out was pretty good. We’re about where we were last year,” Alisha Harper, the vice president of the Film Society at Central Michigan, said.

This is Alisha’s second year with the RSO group, and this year, members made sure to they were getting the word out.

“We were focused a lot more on advertising and local business this year,” Harper said. In addition to advertising, the group had a t-shirt sale to raise funds for next year, coupon giveaways, and a brand new website.

The films brought in this year ranged from recent audience favorites (“The Conjuring,” “Amour”) to international and independent titles (“In a World…,” “Sleep Dealer”)

“It’s hard to say what my favorite film of the festival is,” Harper said. “‘The Hunt’ is odd and not for everyone, but it’s really good.”

I closed out the festival with two slight, quirky efforts: “In a World…” and “The Fairy”:

Lake Bell’s directorial debut shows a lot of promise, even when it eventually falters. The film takes place in the highly competitive world of voice-over work, where Carol Solomon is trying to score a big break in a male-dominated field. Bell’s writing is often punchy and intelligent, and the entire cast (including Nick Offerman, Rob Corddry, and Demetri Martin) turn in delicate comedy performances that carry the film through its rough patches. Still, it feels like Bell is writing satire (and the premise screams for it) with little bite, and her feminist message, unfortunately, becomes too muddled and unfocused through a rambling, plot-heavy script. Hopefully, Bell’s next film will expand on the more promising elements of “In a World..” and ditch the safe stuff. She has the potential for bigger and better things.

“The Fairy” has not one…not two…but three directors who worked to bring this love story between a hotel clerk and a fairy to life. It’s hard to imagine this movie successfully playing to anyone who doesn’t appreciate the quirky affectations of the French, but this is still a minor work by any estimation.

It’s a well-worn story that mostly never strays from the path: the clerk is granted three wishes by a mysterious lady claiming to be a fairy who wonders into his hotel one night. From thereon, hi-jinks, dance numbers and babies ensue; it’s diverting, but there isn’t much to chew on here. While watching, I was reminded of Aki Kaurismäki’s “Le Havre,” a film I saw at the festival last year. The two films have a near-identical visual style, are similarly slight, but “Le Havre” offers a real sense of sincerity and craft behind its surface charm. It’s hard to say the same for “The Fairy.”

Well, that’s it for this year. If the festival wasn’t doable, a fresh batch of interesting films are sure to come along next time.